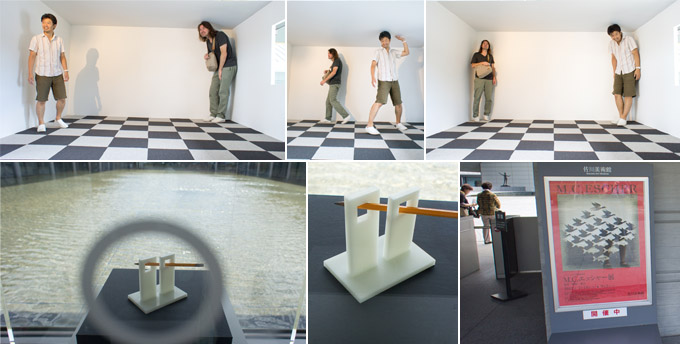 How wonderful to see one of Holland's most famous graphic artists exhibited at a museum in Japan. I'm not surprised that the Sagawa Art Museum is proud to present M.C. Escher, because his work is truly something else! Japan has had a fast amount of works from this artist in their possession for a long time though. It was Huis Ten Bosch, near Nagasaki, that loaned these works of M.C. Escher to the Sagawa museum in Moriyama. So, if you do miss this exhibition, there's always a chance to see Escher's art in Japan.

Unfortunately Escher is not among us for some years now. He died in 1972, but throughout the world he is still known for the mathematical approach he took when designing his woodcuts, lithographs and mezzotints. These works often show situations and buildings that should be impossible but on the other hand don't seem to be. Eschers other subjects of interest as a graphic artist are infinity, architecture, and never ending spaces or forms. It is interesting to learn that in 1922 he traveled to Spain and was inspired by the Alhambra with it's decorative designs which are based on mathematical formulas and show repetitive interlocking patterns. Although Escher has lived in Italy, Switzerland and Belgium, most of his famous works date from the period after he returned back to the Netherlands. In 2002 an Escher museum was founded at Den Haag (The Hague) in Holland to remember the the man and his unique works.

Almost all of M.C. Eschers work is two dimensional, although the subjects are often three dimensional. So it was a wonderful surprise that this exhibition shows some of Eschers impossible constructions in 3D! A few glass boxes contain seemingly simple objects with very clever shapes that look impossible from one viewpoint, but the solution is revealed when looking at it from another viewpoint. Also a room was specially erected making the impossible possible by actually entering Eschers world yourself. In the pictures you can see that people walking from one end of the room to the other end seem to 'grow' or to 'shrink'. But in fact Escher works with depth, lines and patterns here to make the optical allusion a reality. This is the best interactive feature of the Escher exhibition I think, because after all, the proof of the pudding is in the eating.

Take a chance to visit Sagawa Art Museum, until September 2nd you can see M.S. Eschers work. But visit the museum also because it is a pleasant building to walk around in. I specially like the 'basement' where natural light comes down through the ceiling, filtered beautifully by the pond that surrounds the museum. It is a magnificent sight on a sunny day, when the light and the water have 'free play'.

Tip: The bus only drives to the museum once an hour, or less. Also the lunch room is too small to serve all visitors, but there are no other facilities in the vicinity. However strange this is, since the museum is next to Biwa Lake and it would be wonderful to be able to enjoy that view. So timing is everything when making this trip, or take a bento box :) 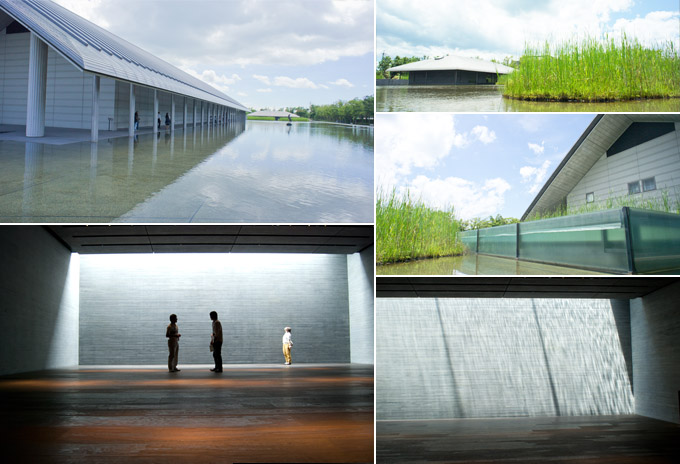