Shoichi IDA, Prints at the National Museum of Modern Art 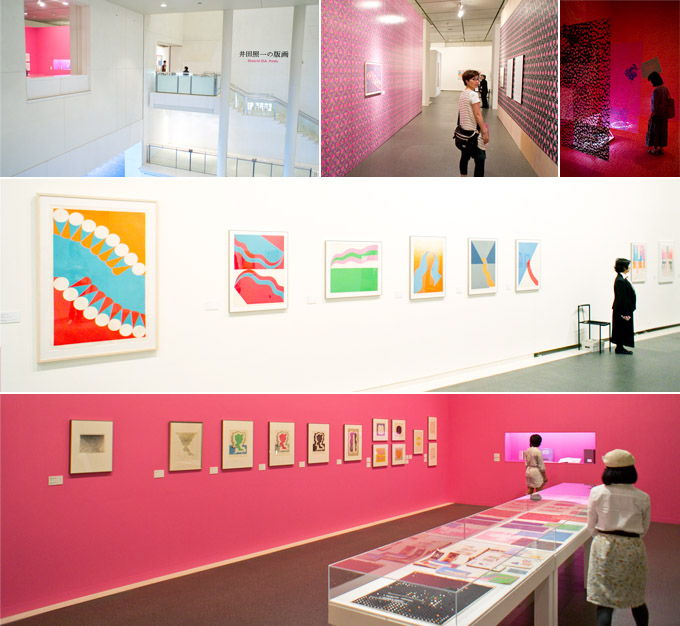 Last week I visited the National Museum of Modern Art in Kyoto for the first time, because it featured an exhibit that seemed very interesting. And lucky me, it was! Shoichi Ida was introduced to me. Unfortunately not the man himself, he passed away in 2006. Hmmm, there seems to be a pattern appearing here... When I was introduced earlier this year to the works of Ikko Tanaka, I also had to learn he passed away 10 years earlier. Both of them are very interesting Japanese (graphic) artists and I'm sorry I learned about them only after their death. But isn't it beautiful to leave such a rich heritage behind?

MOMAK focussus in this exhibition on Shoichi Ida's prints, showing works from the 60's, 70's and 80's. Ida, I learned, has had quite an international career and not surprisingly owned this spot in the limelight at Kyoto's national museum. Because it's Kyoto where he had his education at the Kyoto Municipal University of Art and it's where he had his base through the years. Ida got famous with his prints in the sixties when he was in his early twenties. I must admit that his work form those early years are the most interesting to me. His bold colours and shapes, minimalist almost, are very graphic head turners. In the years, or maybe I should say decades after, Ida worked with various media. For instance oil painting on canvas, ceramics, bronze, paper pulp and installations even. Here he entered the 'conceptual' sphere, in stead of the more straightforward printed media, in my opinion. Although even his earliest works were a channel to criticize contemporary art, as I understand it.

The MOMAK is a great museum, with a good atmosphere. I was very happy to see they let visitors take pictures! A thing you would expect to be not so strange in Japan maybe, Japanese tourists always having their camera's at the ready, but this is a modern myth. Picture taking in Japan is less favorable than you might think. Even the better MOMAK, or maybe Ida's family have a more open approach to this. All the better, so now I (and others) can introduce even more art fans to Shoichi Ida's work.

The museum also has a permanent (rotating) collection of Japanese 20th century art works, with the emphasis on artists of the Kansai region.
Email ThisBlogThis!Share to TwitterShare to FacebookShare to Pinterest
Labels: art, Kyoto, museum